I had written this story for a short story contest hosted by a newspaper. Though I couldn’t win the contest but I wanted to share this piece with my blogging community. Look forward to your comments, as always 🙂

The small room was crammed up with more people than I had anticipated. Some faces looked familiar while others looked strange. I felt the rush of blood through my veins, the moment all those pairs of eyes settled at me. Some were inquisitive, others sympathetic.

Lights flashed from one corner of the room to another, from the high raised bench to the small wooden cubicle and from men in khaki to men wearing black coats.

I stared at the statue of the Lady Justice; her balance, her sword and her blindfolded eyes. I hoped that the judgment would be a true representation of her character-fair, fearless and evidence driven as well as unswayed by the political, economic and social status of the litigants, as I had read in the Law books. 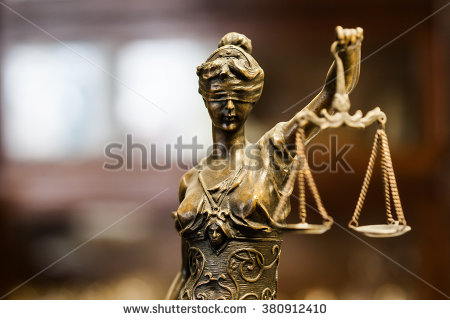 “All Rise”, announced the court clerk.

Justice C. M. Sondhi was as much known for his discipline as for his justice, so the court didn’t take much time to settle down despite the fame and keen interest the case had amassed.

“Let the proceedings of the day begin!” ordered the judge.

Next one hour saw a lot of arguments, allegations, arbitration and objections.

The high profile case had seen numerous trials. Everyone was expecting a verdict today and I was no exception. Spectators and media had already made beelines outside the courtroom. But Justice Sondhi didn’t seem to be in a hurry. He needed some more time, I presume.

“The court is adjourned for an hour,” he pronounced.

Recapitulating the facts of the case, while sitting on the wooden bench outside the courtroom, I shivered at the pain and agony I had endured in the last few months. Images of past, lurked in my mind. Our loving relationship, the moments of togetherness, all were housed in memory lane now. 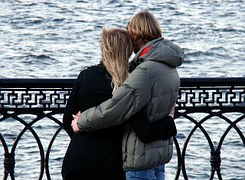 Sandhya and I had a lot in common.

We had a wonderful relationship, which many of our friends cited as an example to new couples. We complemented each other in a perfect manner and respected each other’s ambitions sincerely.

Sandhya’s management job often demanded travel while mine, as a lawyer, was a dirty work of dealing with criminals. We had always managed to keep our work life alienated from our personal life. We had only one unfulfilled desire until a few years ago. But with Aryan’s arrival, that wish was also realized.

Sandhya was a strong, practical and balanced woman. She had always maintained an immaculate balance between her work and personal life. Her boss, Rajan, who was also the son of the millionaire Suresh Mohanty, always spoke high of her. Her responsibilities had multiplied both at home and at work but Sandhya was always content.

“Sandhya, you need to ask for support from Rajan.” I had often suggested.

“Rajan always supports me Rishi, the way you do at home. I am doing great. You worry needlessly for me.” She always replied smilingly.

On 8th June 2014, we had gathered for Aryan’s sixth birthday party. We had invited a couple of close friends too, to celebrate my recent appointment as the High Court Judge.

“Sandhya, Rajan is at the door,” informed our close friend Tanu.

“Rajan, at this time?” I inquired with concern.

“Oh, yes! I forgot to sign the customer agreement forms, which he needs to carry while traveling tomorrow. I’ll just be back in a minute, honey!” replied Sandhya, scurrying out of the room.

I was busy playing with Aryan and his friends.

It was time to cut the cake but Sandhya was nowhere to be seen.

“Why don’t you call Sandhya, Rishi? Kids are eager to cut the cake!” asked Tanu.

I checked at the door, glanced in the garden, peeped in the guest room but I couldn’t locate her until I heard some voices coming from Aryan’s room.

I was about to push the door when Sandhya pulled it open from inside.

“I looked for you everywhere. Children are waiting to cut the cake.” I told Sandhya, who looked distressed.

“Is everything fine, Sandhya? Rajan?” I questioned.

“Yes, of course. Just some stupid office query, which Rajan wanted to clarify.” She quickly explained.

“Oh ok. I hope it’s sorted out.” I asked, moving my eyes from Sandhya to Rajan.

“Yeah…Yeah…. Let’s cut the cake now. Aryan must be waiting for us,” replied a baffled Sandhya, pulling me to the living room.

And Rajan left the house in haste.

I still remember the trepidation and worriedness apparent on his face. 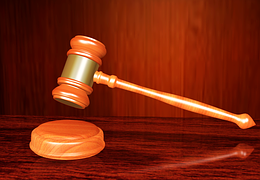 Everyone had gathered to resume the court proceedings.

Rajan was standing beside Inspector Singla who had carefully pocketed the keys to Rajan’s handcuffs.

Rajan stared at me with a rage that could terrify any man.

I ignored his frenzied look and patiently waited for Justice Sondhi to pronounce his verdict.

“After a careful analysis of evidences produced before this court and after hearing the witnesses, the plaintiff and the defendant, I hold Mr. Rajan Mohanty guilty of murder of Mrs. Sandhya Verma and Master Aryan Verma. The brutality with which such an act has been committed shows the inhuman and callous nature of the defendant. Hence, this court sentences Mr. Rajan Mohanty to life imprisonment. The case is closed.” pronounced Justice Sondhi.

The silent courtroom was suddenly filled with voices and noises from every corner of the room.

The high profile Mohanty family was seen howling. Their counsel, Advocate Pillani, famous for cent percent victory in all the cases, looked mortified. He denied answering any questions put forth by the media.

The media rushed towards Rajan Mohanty who was hurriedly taken to safe custody by Inspector Singla.

They quickly spotted me and took no time in shooting numerous questions at me.

“Justice has prevailed once again!” I replied chokingly and scuffled out of the courtroom.

I had always been considerate about people who were left to travel their journey alone by their loved ones but I had never anticipated myself to be a victim of circumstances in a similar manner.

As I entered the house, the painful screams of Sandhya and Aryan echoed in my ears.

I closed my eyes and thought to myself “Justice has indeed prevailed!”.

I recalled the events of that fateful night.

Just two days after Aryan’s birthday. Sandhya was playing with Aryan in his room, when I reached home.

“Sandhya, can I talk to you for a minute? ” I queried.

“Yeah sure! Is everything all right, Rishi?” She replied inquisitively.

“I don’t know. I am yet to figure that out.” I told her sternly.

“What’s the matter, Rishi? Why are you so upset? Have you been assigned some complicated case?” Sandhya looked concerned and worried.

“Yes. Quite complicated. Sometimes, the truth is in front of your eyes but still you are unable to see it.” I responded.

“Tell me something Sandhya. If I know the truth, should I pronounce the verdict solely on the basis of truth,  not wavered by emotions and feelings of the people involved, including myself?” I continued, looking straight into her eyes.

“Yes, of course Rishi. You are a man of justice. People’s trust in the judicial system is reliant on you. You must abide by the rule book.” She answered with a pride on her face.

“You are right darling. Thanks for guiding me. You are a great support! You have almost solved my case.” I replied smilingly, gently caressing her hand.

The picture of my house after two hours was completely different, though.

Sirens of police and ambulance had managed to gather a huge crowd in front of my house. Media took no time to cover the breaking news of brutal murder of wife and son of newly appointed High Court Judge, who himself was also attempted for murder by none other than the son of business tycoon Suresh Mohanty.

Two famous personalities involved in the same case..…. What a feast for news channels!

The trial of the case took about four months. During this period, it was proved beyond doubt and to the satisfaction of the court that Rajan Mohanty had tried to force himself upon Sandhya Verma, after physically assaulting her, in front of her young child Aryan Verma. When her husband, Rishi Verma, came to his house, he found Sandhya struggling for her life. Frantically, Rajan Mohanty killed Sandhya and her son, mercilessly, in front of his eyes. He also attempted to slay Rishi Verma but somehow, the latter survived the injuries.

Twelve years in the court of law, defending and accusing criminals, had taught me how one can create, manipulate and recreate the circumstances in one’s favor.

Truth was always present in front of our eyes, if only we saw it!

Framing Rajan for the murder wasn’t much of a task for me but putting Aryan to rest, certainly was. Despite the fact that I couldn’t bear his sight any more, my hands had trembled before slitting his throat. My heart was full of bitterness for Sandhya, which was evident by the number of times I had stabbed her. Ten wounds for ten years of our relationship! Rajan was just in time for police and my wounds, after the phone call I had made to him from the public booth, asking him to come over for a cup of coffee, before I had reached home to shape the act.

I did justice as suggested by Sandhya…”to pronounce the verdict solely on the basis of truth, not waivered by emotions and feelings of the people involved, including myself.”

I was confident of being an outstanding judge now, as I had ensured justice in my personal case too, untethered by emotions!

I knew the intricacies of a cold-blooded murder and also the extent to which any human being could fall!

I had pronounced justice as soon as the truth came to my knowledge. The truth that was always present in front of my eyes but I could never see it till my brain responded to my ears, on Aryan’s 6th birthday.

The truth, that came to light behind the closed doors of Aryan’s room on 6th June 2014. The truth that had changed the course of my life.

But now, I was at peace and so was the truth!

The man, who had robbed me of my happiness, was now behind the bars, charged for killing his own son and the mother of his son.

Justice had prevailed and will continue to do so!